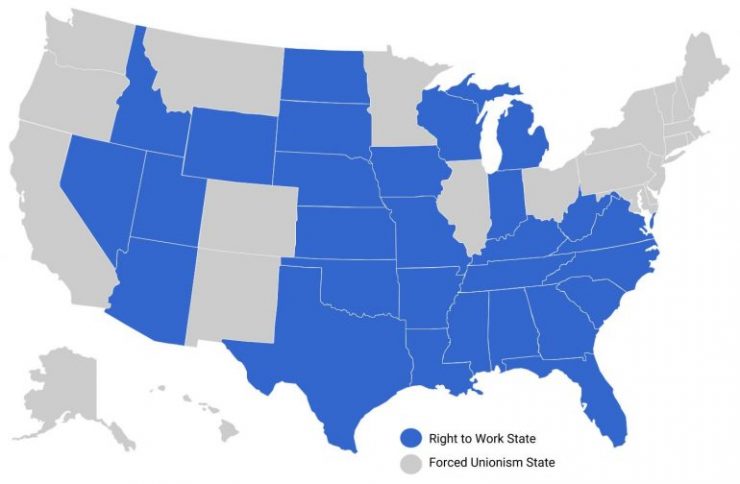 There are a lot of misconceptions about what the term ‘Right-To-Work’ actually means. Here are 5 fast facts about working in a Right-to-Work state.

Here is what the term “Right-to-Work means in a nutshell:

In the 28 states that have Right-to-Work laws, it is illegal for unions and employers to enter into contracts that require employees to be fired from their jobs for failure to pay union fees (or dues).

Conversely, in the 22 states (and U.S. protectorates) that do not have Right-to-Work laws, employers and unions can enter into agreements called “union (income) security” that allow unions to have workers fired for failure to pay union dues (or fees).


However simple this concept is, it often leads to some confusion.

Employees who have no intention of ever joining a union (or do not want a union to take money from them) often believe that the union cannot have any impact them either. This is incorrect.

Here are some additional facts about Right-to-Work laws: 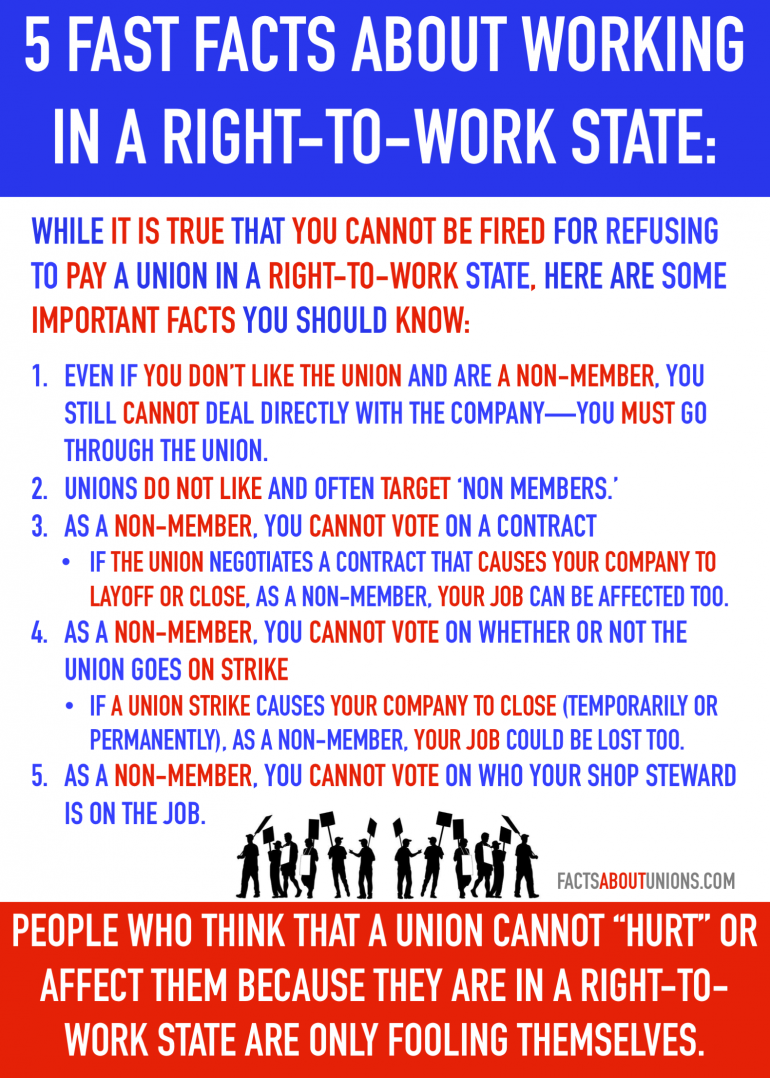