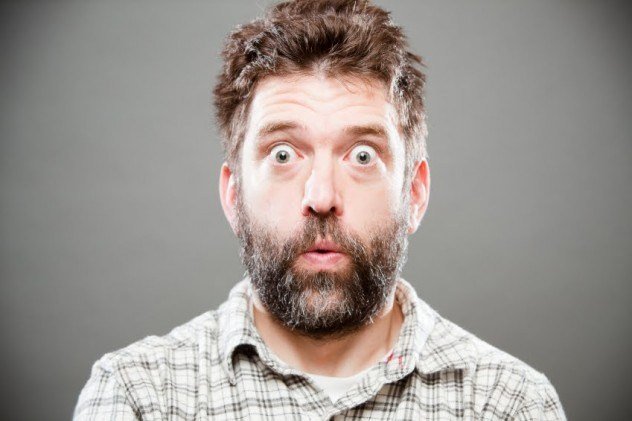 In a shocking study, contrary to popular myth, it was found that average wages actually fall in companies after unionization.

Union organizers, as well as union advocates, like to try to convince workers that, merely by unionizing, they will see their wages rise.

In fact, according to the study, wages actually fall three percent on average in newly unionized companies.


According to the study (in full below), Brigham Frandsen, a Massachusetts Institute of Technology-trained economist, examined every company whose workers voted in a National Labor Relations Board union election since 1980.

What he found was surprising:

Frandsen expected to find unionizing raised average pay. Instead he found the opposite. Average wages fall about 3 percent at newly unionized companies. Looking deeper, Frandsen found this happened because top performers often left unionized firms. That dragged down average wages. Looking only at workers who stick with their firm, Frandsen found unionizing has no effect on pay. On average, private-sector unions do not cause their members’ pay to rise or fall.

This, obviously, is data that most union organizers would like to keep from workers contemplating unionization.

However, here it is… 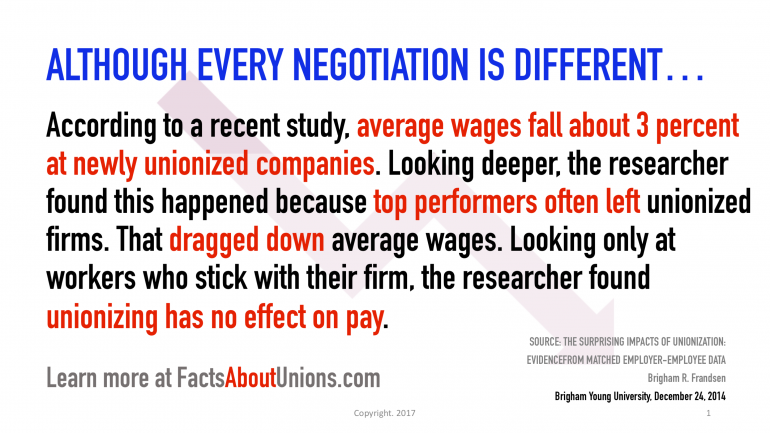 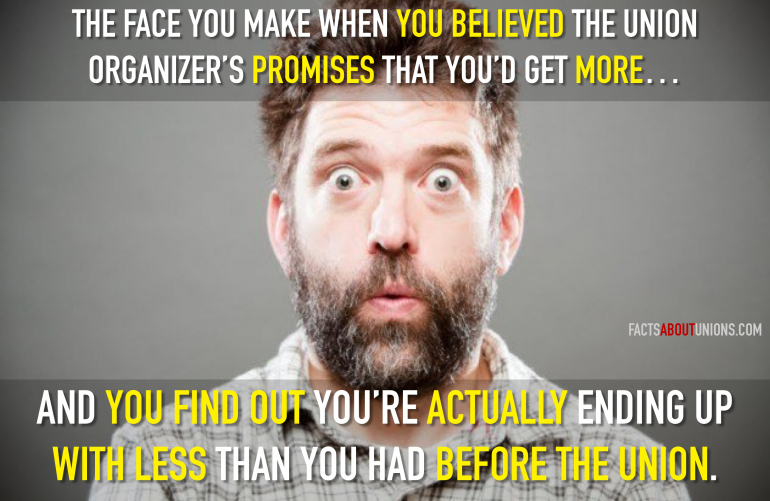